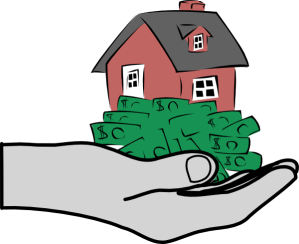 Three Hindi words that guarantee the translator a headache. With a margin for semantic error, they represent, respectively: the ends, the means, and a penance-like labour to harness the means to achieve an end.

I did not choose this title to showboat native wisdom for a grand opening. These three words are a means and an end to a realisation. I reckon each NGO, each people’s movement, its coordinators, activists, its generous donors—desi or foreign—will do well to ponder over these three words.

The source of NGO funding has evoked a heated debate for a while now, especially when foreign funding is considered. This, at root, is a debate over Sadhan (means) and Sadhya (ends). It is fruitful to consider ‘Sadhana’ here; let us give a third dimension or a third end to this bipolar discussion. For only the penance of Sadhana can tell us what the people really require of us. When we have clarity about this, the means and ends will sort themselves out.

The funding’s source is not very important. The money might be raised from a village, a locality or a city; it may arrive from across the seven seas. Opinions will diverge on the best sources of funding. What really matters is the outcome. The end result must be what we, the people, want. With a few exceptions, we do not have clear ideas of what we wish to achieve. NGOs or civil society movements keep shifting their focus.

Let us go back to the time when social forestry fetched a high price on the environmental stock market. Funding came from all corners of the globe and we rounded up a few million dollars. The best among us started implementing social forestry projects without so much as sparing a thought over what, precisely, is ‘unsocial forestry’.

This flag came down just as unreasonably as it had gone up. It got replaced by another banner: wasteland development. Again, nobody cared to define exactly what is a wasteland. Lots of money, energy and time (means?) were spent by eminent members of civil society in the wasteland development venture (an end?). Initially, a small department in the central government handled this adventure. Subsequently, a shining new ministry took over. NGOs from Kashmir to Kanyakumari set about earnestly developing wastelands.

Like its predecessor, wasteland development died early; there were no condolence meeting to mourn this “marvelous” scheme. For we were busy celebrating the birth of the next fad: watershed development. This has been translated and adapted into several languages. In Hindi-speaking states, watershed development is called ‘Jalagam Vikas’. In Maharashtra, it is termed ‘Panlot’. Elsewhere, it is also called ‘Pandhal’. The desi badge notwithstanding, the programme never touched any hearts.

For the moment, our best NGOs are putting their most talented people—in urban and rural areas—into developing a few watersheds here and there. Nobody can say exactly when this programme will get replaced by a new rage, or what that rage will be.

Running neck to neck with watershed development is ‘Joint Forest Management’ (JFM). Here, too, some NGOs have a headstart in indigenisiation, to lend it a desi patina. So, we have ‘Sanyukt Van Prabandh’ in some regions. Grassroots NGOs—I wonder if there are any uprooted NGOs also!—who object to the Sanskritised word ‘sanyukt’, opt for the more colloquial ‘sanjha’. For all this localisation, JFM and its end result were dictated by ilk of the World Bank.

If it seems that way, allow me to clarify: this recap is not a means of levity. This is serious. If our society really needed JFM, we first ought to have reflected on the administration of forests by individual agencies and their managers. Who were they? How long did their authority last? Whom did they snatch these forests from? How did the country’s forest cover dwindle to 10% when it should have been 33%? We have paid a rich cost. Floods in Orissa, Chattisgarh and Bihar and drought in 18 states is the net outcome of deforestation.

The forest mismanagers and the political leadership that protected them should have apologised publicly before launching into JFM. Then, we should have taken moment to remember the people who have been managing these forests for centuries, as also how they were dispossessed by the British administration and their forests cut down.

It is much the same story with non-environmental programmes. There exist numerous plans on women’s empowerment, child rights, reproductive health and formation of self-help groups. Each NGO implements the same programmes, regardless of political ideology. The Leftists, the Rightists, the Gandhians, the missionaries, even the RSS display a rare consensus. This monoculture of ideas is alarming. It seems there is an invisible mint somewhere in the West, which constantly coins new terms to line our pockets.

Did everybody sell out? No. There were heroes who resisted bravely the idea of monoculture. After the Emergency in the 1970s, Coca-Cola and IBM were driven out. This great victory was commemorated with a new desi cola called Double Seven. Eventually, Coca-Cola re-emerged, in the garb of our heroes, drowning Double Seven and our original champions. What a stunning lesson in co-existence!

The ends-and-means debate, over funds from here or there, will get us nowhere. The option is to find a good mission. For that, we have to look within. Once we have our own ends, the means will follow.

An example. In a drought-prone area near Jaipur, a routine NGO constructed a tank to harvest water at an expense of Rs 30,000. The tank narrowed the distance between the NGO and the community. At one of the meetings an old man suggested constructing a small temple and a chhatri (cenotaph) on the embankment of the tank. But the cost of constructing these was outside the NGO’s budget.

The NGO explained its limitations. But the old man clarified he was not asking the NGO for the money. Within a month the villagers collected the amount and built the chhatri. Most friends from NGOs will consider this expenditure wasteful. For the villagers, this is the difference between a house and a home. They need water structures that belong to them. They protect and maintain what they own. Otherwise it’s a kind of a PWD structure.

We must remind ourselves that in this land of 500,000 villages and few thousand towns, there were two million water structures before the British rule commenced. There was no water mission, no watershed development programme, no wasteland development, and definittely no JFM. People organised themselves to create them. There was no Zilla Bank or World Bank, nor any Village Bank. There was an invisible—and invincible—organisation to do this. Be it wet Cherrapunji or dry Jaisalmer.

There is a deep irony when the development world focuses on people’s participation and PRA (Participatory Research Appraisal). We get funds from within and outside, but our means and ends do not represent the needs of the people. We keep on pushing an agenda alien to them. If we were to invest half our energy in understanding our society, we would generate enough means from within. That, though, requires Sadhana. 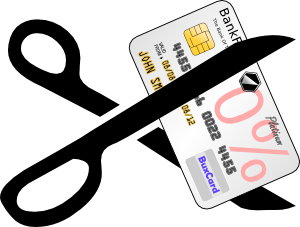